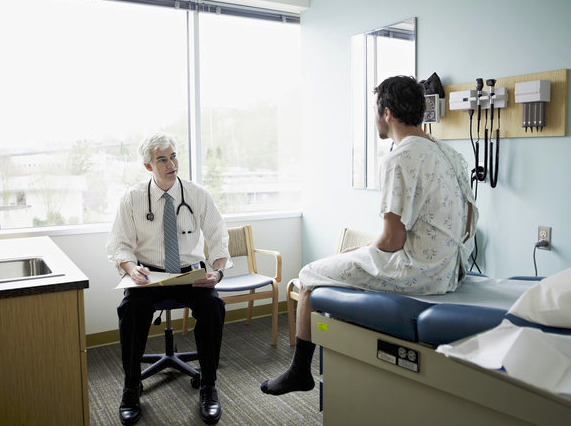 Though it’s a bit of a taboo talk to discuss publicly or privately, people must be acutely aware of sexually transmitted diseases. Roughly half a billion people worldwide deal with one of the primary STDs on an annual basis.

Interestingly enough, some of these infections can occur without any symptoms at all. As such, one must take the proper precautions in order to try and prevent these STDs as best as possible.

This piece will take a look at a few of the most prominent STDs. Symptoms such as genital ulcers, unusual discharge from the reproductive area, and abdominal pain are normally associated with some of the infections.

Some of the most common STDs include syphilis, gonorrhea, herpes, and HPV (human papillomavirus).

The appearance of herpes is relatively easy to see. If contracted, blisters/sores will form around both the vagina and the penis. This virus is most prevalent through skin-to-skin contact. Though it’s not something that can be completely eradicated, medication will allow for herpes to be dealt with quite easily.

Syphilis is a disease with many stages. At first, it’ll emerge similar to a pimple or a zit. From there, a rash could follow in its designated area. Sores will then pop up in the groin area, or in the mouth. Weirdly enough, symptoms then have a tendency to disappear (though it still remains in a dormant state). Antibiotics are a welcomed sight when dealing with syphilis.

Chlamydia is a very widespread disease throughout the world. In fact, it’s the most commonly spread STD. Individuals first feel the burn when discharge from the penis or vagina becomes abnormal. This could include a change in smell and color. Symptoms aren’t always present. As such, testing should be done to ascertain whether one has it or not. Antibiotics are used to completely knock it out.

HIV/AIDS is the worst possible sexually transmitted disease to contract. The infection effectively crushes one’s immune system. HIV will lead to AIDS, and can be contracted through blood, vaginal fluid, breast milk, and semen. Extensive testing will determine whether an individual has the infection or not.

With all of that said, there are measures which can lead to healthy and fruitful sexual experiences. Possessing a wide range of knowledge on the subject should be desired. If one recognizes the symptoms of an STD, the proper measures should be taken in order to make sure it is not spread among partners. Though it’s not always a comfortable subject to tackle, it’s one of great significance.